Honored by Gambero Rosso as one of the best Italian restaurants outside Italy with 3 forks in the category "Fine Dining", the aperitivo hot spot is making guests feel as though they are in the center of Sicily. Experience the many delicious dishes curated by starchef Ciccio Sultano, accompanied by a handcrafted Negroni during the Aperitivo Hour starting from 5 p.m. 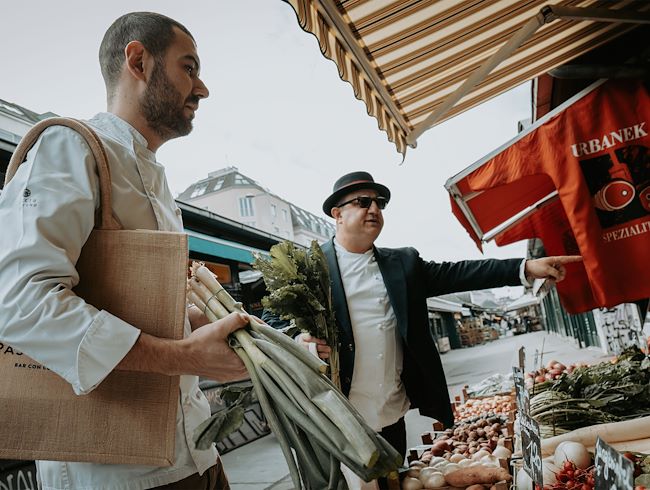 The Italian Festival is about to begin

At Pastamara - Bar con Cucina, the italian festival series was launched at the end of March. The kick-off was made by 2-star chef Ciccio Sultano and Chef de Cuisine Francesco Milicia on the theme of street food.

The second edition with Ciccio Sultano and Giovanni Robustelli is themed "Sicilia e le sue Dominazioni". "Dominazioni Siciliane" traces a map of Sicilian flavors for future memories, a compendium of cuisine whose cradle is the Mediterranean and whose horizons are the Middle East, Europe and Africa, all facing a sea surrounded by land. Sicilian artist Giovanni Robustelli will paint a picture portraying this story live on site each evening during dinner. 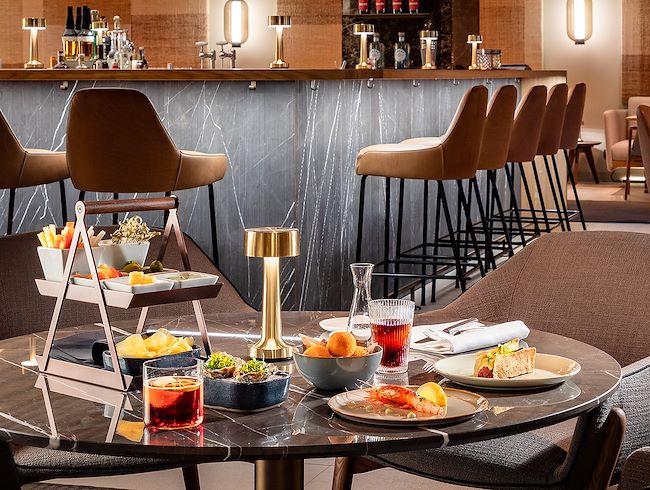 When the specially designed Negroni trolley rolls from 5-7pm elegantly through Pastamara, you'll realise that this is a place where the quintessential Italian ritual of aperitivo is taken very seriously indeed.

The Negronis are tailor-made before your eyes, ensuring that the finished drink matches your preference: first you'll be presented with the choice of three different essences, before your drink is individually garnished and placed on a silver platter. The same attention to detail is given the savoury delicacies that accompany them - from small pasta dishes, on the house, to a tray of fresh olives, shards of parmesan, artisanal bread and fruity olive oil.